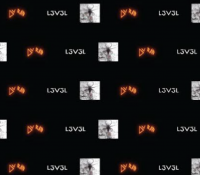 (EMAILWIRE.COM, January 27, 2022 ) ANYWHERE, LOS ANGELES – It was during the mid 1970s that a new wave of music began to emerge onto the scene, and would eventually become known as Electronic Dance Music, or EDM. During this time, producers and artists began to put out energy-driven tracks using drum machines and heavily synthesized melodies, which focused on extended beats that kept dancers on the floor longer. Tracks like Donna Summers I Feel Love, released in 1977, are a perfect example of the beginning stages of this new evolution in music.

Throughout the 80s, 90s, and 2000s, countless EDM artists have emerged and have taken this evolution to new heights, transcending listeners and dance-floor-goers alike from classic discos to modern raves. Artists like former French house duo Daft Punk, or Canadian artist deadmau5, or even American DJ Skrillex rose to fame through their unique, euphoric and powerful beats, giving EDM the modern sound we know and love today.

DVRKO is an independent artist who rose to fame during the 2020 Pandemic with the release of his at-home-produced EDM tracks through online streaming platforms, and ever-growing social media outlets. Going by the pronouns he/her/it on Instagram, DVRKO sports a disco ball-sort of helmet that keeps the artist’s identity a total mystery (much like the previously mentioned Daft Punk duo, who both sported shiny metallic helmets to hide their faces)

DVRKO is represented by independent label L3V3L, LLC, and recently debuted their latest album, Undone at an exclusive club location right here in Los Angeles. While the launch party location remains as illusive as the EDM artist himself, fortunately for us, his new album is available on all major streaming platforms, including Spotify and Apple Music.

Step and Repeat LA received the top-secret tasks of designing DVRKOs backdrop for his club launch. The design team at Step and Repeat LA created and produced the 8 tall by 12 wide backdrop in-house using state-of-the-art printing technology and the highest quality materials. The backdrop featured a rich black background, and included logos for DVRKO, L3V3L, LLC, as well as the album art cover, which features a spider with a disco ball-like body!

Independently owned and operated just outside of Burbank, Step and Repeat LA is a one-stop-shop red carpet event company, and is #1 in providing customized backdrops for every type of event. From film festivals to private birthday parties, Step and Repeat LAs services include top-notch sales executives to handle every detail, a cutting-edge design team that creates custom-designed layouts, as well as in-house printing, production, and quality check. Delivery, setup and take-down services are also available and are done by Step and Repeat LAs experienced crewnot to mention the companys 24 hour turnaround capability!

Protein Hydrolysates Market Size to Grow at a CAGR of 6.1% During the Forecast Period 2021-2026

Radiography Test Equipment Market Size to Grow at a CAGR of 4.7% During the Forecast Period 2021-2026

Recreation Club Market is expected to grow at a CAGR of 6.8 percent during the forecast period.

CO2 Gas Sensor Market is expected to grow at a CAGR of 9.2 percent during the forecast period.

UV Tape Market is expected to grow at a CAGR of 7.4 percent during the forecast period

Bioink Market is expected to grow at a CAGR of 20.48 percent during the forecast period

Bio-based Polyurethane Foam Market is expected to grow at a CAGR of 5.9 percent during the forecast period.

Methyl Palmitate Market is expected to grow at a CAGR of 5.2 percent during the forecast period

Spotcovery, Which Serves as a Bridge Between African Americans and Africans, has Launched Optimization Tool on Site