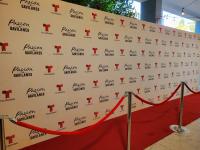 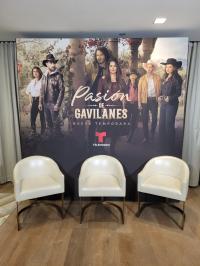 (EMAILWIRE.COM, February 21, 2022 ) LOS ANGELES, CA – In 2022, almost everyone knows the term, telenovelabut for those who are unfamiliar, telenovela describes a type of television series drama, much like the American soap opera, which is produced primarily in Latin America.

Telenovelas feature stories that are normally contained within a specific timeline, i.e: several months to a year. American soap opera stories are mostly undefined in length, and run for an unspecific amount of time. The result is a more concise and fast-paced story told in the telenovela, with all the drama and plot twists that viewers have come to love about American soap operas!

One such telenovela is Pasiòn de Gavilanes, which made its epic Season 2 Premiere on February 7th at the posh London Hotel right here in the City of Angels!

Pasiòn de Gavilanes is a Colombian telenovela written by Julio Jimènez, and was produced by RTI Colombia for the Telemundo network. According to IMDB, the steamy series follows the Reyes brothers, each of whom honest and of good nature, who endure a shocking tragedy that leads them all down the path to revenge! Things take a sudden turn when the brothers meet the three Elizondo sisters, the daughters of the powerful hacendado, whom the brothers blame for their misfortune.

Step and Repeat LA teamed up with sister company, Collins Visual Media (or CVM) to produce a gorgeous Media Wall for the grand red carpet premiere. The massive wall measured 8 tall and an impressive 20 in length. Additionally, a separate 8′ x 8′ print was featured for the press interviews.

CVM provided both prints, as well as the crew to handle the install, while Step and Repeat LA provided all other elements, including the red carpet, stanchions and velvet ropes.

Independently owned and operated just outside of Burbank, Step and Repeat LA is a one-stop-shop red carpet event company, while CVM has more than 40 years of experience providing printed media for the film industry and beyond! Both CVM and Step and Repeat LAs services include top-notch sales executives to handle every detail, a cutting-edge design team that creates custom-designed layouts, as well as in-house printing, production, and quality checknot to mention both companies boast a 24 hour turnaround capability!